Something we've been excited about for some time finally came together at the end of June: Cartograph is featured in Gatherings: Recipes from the Rustic Soul of Healdsburg, a beautiful book by Jack Sonni that pairs Healdsburg wineries with local restaurants. We’re teamed up with the awesome new Spinster Sisters in Santa Rosa, named one of the 100 best wine restaurants in the country by Wine Enthusiast.

You can pick up a copy of Gatherings in the Cartograph tasting room or online. Its release inspired us to create a number of recipe pairings for our wines—watch for them soon on our website and in the tasting room.

From John Haeger's forthcoming book on dry Riesling (expected in early 2015 from the University of California Press), a nice tasting note about Cartograph’s version:

speaking of Riesling: ready to release!

It took five years of searching—but in 2013, Alan found a vineyard that produced Riesling of the quality he was seeking. At the Anderson Valley Alsace Festival tasting that year, Allan Green from Greenwood Ridge Winery shared a 25-year vertical of eight Rieslings from his Greenwood Ridge vineyard.

Alan was delighted with the wines, and after the tasting mentioned to Allan Green that he'd love to talk about purchasing some fruit. As it happened, Allan had been thinking about reducing his Riesling production as he prepared for retirement. The two struck a deal and on Oct. 7, 2013, we picked 1.9 tons of Riesling.

The slow fermentation took 63 days in stainless steel followed by four months aging in stainless steel. On March 31, 2013, we bottled 118 cases, and now we’re ready to release this incredibly vibrant wine. Some of you might have shared a racy Riesling with Alan over the years; it says a lot about the quality of this one that he's pushing to get it out the door to share it with you.

The Riesling is available as of today online and in the tasting room. For online orders, we’re offering flat-rate shipping on case purchases (12 bottles) of $15 per case until August 22, 2014. Click here to purchase and use the coupon code Riesling15 to obtain the flate rate shipping. 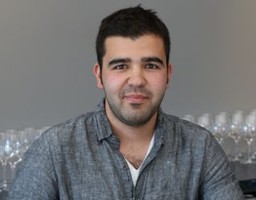 We’re delighted to introduce you to our new Cartograph Ambassador, Corey Fine.

A native of Boston, Mass., Corey is a graduate of the University of Denver’s Fritz Knoebel School of Hospitality Management. During his four years in Denver, Corey spent his free time exploring the area’s wide array of ski slopes, hiking trails and microbreweries.

After graduation, Corey headed to New York City, where he worked for legendary New York restaurateur Danny Meyer at Union Square Hospitality Group. Corey was part of the opening team of the Upper East Side Shake Shack and experienced what it takes to grow a business quickly.

Corey’s next gig was back in Boston, where he managed Vino Italiano, a wine store devoted to exploring Italian wine and culture. It was there that Corey discovered his passion for wine—and his love of working for family-owned businesses. On Corey’s 25th birthday, he made his first trip to Napa and fell in love with wine country.

He moved here and enrolled at the Culinary Institute of America’s Greystone Campus in St Helena, graduating with honors from the Accelerated Wine and Beverage Program and earning the Certified Wine Professional designation. Corey is incredibly excited to bring his passion for food and wine to the team at Cartograph Wines. We hope you’ll stop by the tasting room to meet him. 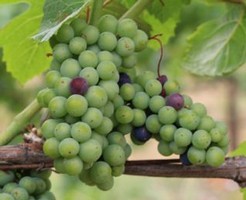 This is an interesting time to talk with winemakers and growers. I’ve mentioned in previous newsletters that we’re quite a bit ahead of average for the season in some vineyards. The other night I had dinner with Steve Alden, who owns the Perli vineyard up in the Mendocino Ridge appellation, and something he mentioned seems to sum up where we are.

Looking back at his notes from the 2011 season—a cold year—Steve noticed his Aug. 11 note, "No color at all in the Pinot." On July 7 of this year, he saw the first color in the Pinot vines at his Perli vineyard. Something tells me that we'll be picking early up there and in select Russian River Valley vineyards.

The image above is from the Floodgate Vineyard on July 6 . . . not much going on. However, the image below, also taken on July 6, is from the Bucher Ranch. We assume we’ll be having to make pick decisions in just weeks. Luckily, we’re planning to bottle the 2013 Pinot early in August, rather than later that month as is typical. 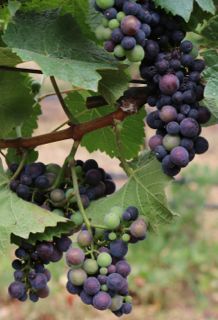 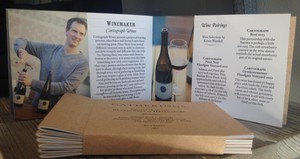 We’re preparing the 2013 vineyard designate Pinot noirs for bottling the first week of August and shifting gears as we get ready for harvest. We’ll keep you updated on how the grapes are growing—and we hope that you can stop by the tasting room and visit us.